“Imagination is more important than knowledge because knowledge is limited.” 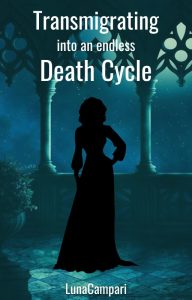 The feeling of running far faster than my body could handle was the first impression I had of this world. Unimaginable fear and pain was the second.

When our Main Character awoke, she knew that she died in her original world and soon found out the name of the body she possesed: Sophien Alma Rubien. The villainess of an Otome Game she just started playing. However the more concerning fact was that this world was unstable and her soul trapped. If she was unable to help this Game advance to be an original world, she would be obilerated. And to make matters worse, as the villainess, there were countless Death Traps and Flags waiting for her, trapping her in an Infinite Loop.

Would this new life be a curse or could she transform it into a blessing? 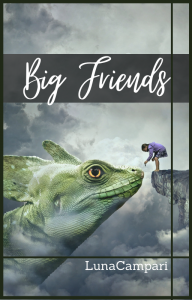 In a world in which legends come true Kaila may be the only hope.

Chaos reigns all over the world. Fantastic creatures appear one after another making a normal life impossible. No news, no internet. Besides some occasional radio reports, everyone hast to fight for themselves. The 14-year-old Kaila gets separated from her family but her experiences seem to be somewhat different…